Simple Health Information For People From African and Asian Communities.

That burning pain in the middle of the chest. Sometimes, it burns up into her throat; causing very bad discomfort at the top of her tummy as well. Dela has been getting them more and more. They feel worse after eating. And now, the usual antacid tablets she takes do not work. At home, she walks slowly up the stairs feeling ill and very bloated. Suddenly she retches. And bends over forcefully as she starts to vomit – a large amount of bright red blood came pouring out of her mouth. The last thing she remembered as she fell down the stairs was how the bright light at the top of the steps kept fading…

You may be worried about Dela’s experience and wondering how to cure stomach ulcers. In the section ‘Best Remedies for Stomach Ulcers‘ below, we cover the best medical treatments currently available. And if you want to learn more about stomach ulcers in general then check out all the other sections, too:

What is an Ulcer?

One of the most common types of ulcers most people know is the stomach ulcer; though there are other types such as ulcers in the skin or other parts of the body.

But what does an ulcer mean?

We mostly use the word to describe damage to the lining of tissues in the body including the skin.

You could liken it to an erosion of the affected tissue or skin – and ulcers can happen anywhere inside the body or outside.

How Do Ulcers Happen?

Many things can cause damage to the skin or tissue barrier.

A cut or tear of the skin or tissue can happen quickly but an ulcer can take longer to develop.

When the parts holding the tissues together break down, the ulcer begins to form.

But just as ulcers can develop in different parts of the body, they may do so for different reasons.

Many factors like lack of oxygen supply to a part of the body, or the effect of acid on vulnerable cells could allow an ulcer to form. 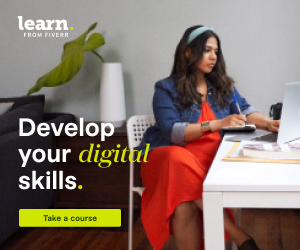 A stomach (gastric) ulcer is a type of ulcer that happens in the gastrointestinal system.

It is located in the lower part of the stomach.

Another, even more frequently occurring type of gastrointestinal ulcer is the duodenal ulcer.

This type is located in the duodenum.

The duodenum is the first part of the intestine which runs out of the stomach.

The ulcers in the gastrointestinal system usually happen because of the effect of gastric acid on tissues inside the stomach or other sections.

You may also hear these referred to as peptic ulcers.

So, the term peptic ulcer refers to both duodenal and stomach (gastric) ulcers.

Normally gastric juices are produced in the stomach.

They contain an important component called hydrochloric acid which is required for digestion of food in the stomach.

Hydrochloric acid will usually not damage the tissues of the stomach or intestines.

But sometimes as a result of certain changes from stress or drugs, the hydrochloric acid can ‘burn’ the tissues and lead to an ulcer.

Another type of gastrointestinal ulcer develops in the food pipe or gullet, known as an oesophageal ulcer.

On the other hand, a skin ulcer can develop anywhere on the skin.

There may be different causes for the break in the skin tissues leading to an ulcer.

Apart from these, poor skin care could increase the risk of ulcers from dry, irritated skin.

Read more here about caring for your skin.

Some Causes of Gastrointestinal Ulcers

So now we know that hydrochloric acid is chiefly associated with creating gastrointestinal ulcers, here are some scenarios where problems with acid are most likely to happen:

Who gets Stomach Ulcers?

Well, given the right conditions, nearly anyone can have tomach ulcer.

However, certain factors make one person a lot more likely than another to develop an ulcer.

Looking at some of the causes above, you may already know certain groups of people who may be more at risk:

But if you have ulcer symptoms, your doctor will be looking at what factors in your life have led you to develop the ulcer.

People with stomach (gastric) ulcer may have one or more of the following:

As you know, a duodenal ulcer is more common, but some symptoms are similar.

We usually can detect the difference by having a test called endoscopy (see below).

Duodenal Ulcer Symptoms are very similar to that of a gastric ulcer.

However, tummy pain from a duodenal ulcer generally occurs before meals and seems to get better after eating.

How to Diagnose Stomach Ulcers

As we see, there are several factors to developing stomach (and other gastrointestinal) ulcers.

Treatments that are successful will, therefore, focus on reversing the causes where possible.

It is often the case that you will need more than one focus to treat your condition effectively, but here are the solutions below:

It is important to address certain aspects of behaviour that can lead to stomach ulcers.

This may not apply to everyone, but many people who suffer with stomach ulcers will have an aspect of their lifestyle that they could change to improve their symptoms:

We have shown how an infection with H.pylori is linked with many peptic ulcers.

One of the important solutions for stomach ulcers is testing for this germ, and treatment if the test is positive.

To eradicate the germ, we use a combination of antibiotics with acid-suppressing medicine.

In addition, some studies suggest that probiotics (and lactobacilli) reduce the activity of H. pylori.

Probiotics are live bacteria and yeasts promoted as having various health benefits.

They’re usually added to yoghurts or taken as food supplements, and are often described as “good” or “friendly” bacteria.

Probiotics are thought to help restore the natural balance of bacteria in your gut (including your stomach and intestines) when it’s been disrupted by an illness or treatment.

One study reports that the use of probiotics before and during eradication treatment for H.pylori improved effects of the treatment.

The best results seemed to come after using the probiotic treatment for more than two weeks.

Fortunately, a number of medicines are able to prevent the harmful effects of stomach acid, allowing the ulcer to heal and stop nasty symptoms.

There are three main categories for treating abnormal acid production:

One of the medicines you are taking regularly could be responsible for your stomach ulcer.

Most commonly the list of such drugs includes Non-Steroidal Anti-inflammatory Drugs (NSAIDs) such as low-dose Aspirin, Ibuprofen, Naproxen and several others.

It’s easy to overlook, but by simply going through your drug cabinet, you could minimise some symptoms.

These days, the best treatments for stomach ulcers are a combination of eradicating H.pylori infections and very effective acid suppression medicines.

Surgery will be considered if there is a complication or the ulcer is not responding to the non-surgical treatments.

Another reason for surgery is when the cause of the ulcer is stomach cancer.

You should not avoid or delay treating a stomach ulcer.

Common complications are bleeding from the ulcer when it grows deep enough to damage the blood vessels nearby.

Another complication is perforation where the ulcer grows all the way through the wall of the stomach making food and acid leak out of the stomach.

Consequently, this will cause severe stomach pain and illness – it is a medical emergency and requires urgent medical attention.

Very rarely, depending on the location of the ulcer in the stomach, a blockage in the gastric tracts results.

This is the case when the ulcer is near the end of the stomach.

Damage to the tissues near the ulcer makes the exit from the stomach into the first part of the small intestine become so narrow, there is obstruction of normal flow of food.

There will be frequent vomiting in addition to pain, weight loss and other symptoms.

So as you see, stomach ulcers have the potential to cause extremely serious illness.

If you suspect your symptoms are from a stomach ulcer, you should get help from your doctor.

What’s been your experience with stomach ulcers?

Have you found this article helpful? Let us know in the comments.

Till next time, stay well.

Credit for all Images – Canva