Follow Hauwa, a young pregnant lady suffering from high blood pressure in pregnancy - read her story, the challenges and risks she faces.

Hauwa was devastated. This was her first pregnancy and she had done everything her Aunty Hassana had advised.

As was the custom, she would go to her Father’s house to give birth. But Aunty Hassana (her mother’s sister) had insisted that she visit her regularly as soon as she got pregnant so she could be registered for antenatal.

Luckily, starting antenatal meant she had discovered quite early on that she was carrying twins.

However, Hauwa had known it was a risk because her husband believed - and had declared regularly - that a woman who gives birth in a clinic is not brave. And he had only married brave women.

This was just the fifth month of her pregnancy, and during her last visit to the healthcare centre, the midwife had said she had pressure (Hypertension).

She had never heard of that happening to a pregnant woman in her village.

Hauwa wondered if she had pressure because she went against her husband’s family and registered for the antenatal.

Now she thought - if only she'd attended with her Aunty Hassana who would have understood what they were saying.

Hauwa hadn’t been lucky to finish school and she didn’t want to appear foolish in front of the midwife.

Continuing to take the pills would prove cumbersome.

She already had to hide when taking the red and yellow pills that the midwife had said were good for her baby and would give her 'blood'.

But her mother-in-law claimed taking such drugs would make the babies big and birth difficult.

She couldn’t keep hiding to take pills when things were only getting worse, therefore she decided she won’t take the new white ones yet.

Now, she had resolved she would go back to her husband's way of doing things.

Involving the clinic in disobedience had given her old people’s disease.

Perhaps obedience and doing things the way it was done in the village would save her.

She set off for her father's place a few weeks later. The journey had taken a lot more out of her than she had thought.

Now, seeing her father’s compound up ahead was a huge relief.

She was tired and had travelled far to come to give birth; and now back home she could have the help and advice of her aunties and step-mother.

“Hauwa welcome, you look so big. Sit and raise your legs".

"Your feet and hands are swollen already just like your mum when she was carrying you”, Aunty Fatima exclaimed from the doorway when she saw Hauwa.

They had been waiting patiently for her and fluttered around to help her settle in.

She would be seven months soon and looked ready to burst.

Hauwa lay on the mat after receiving a drink from her Aunt and dozed off.

Suddenly she was woken by angry voices, the loudest of which was her Aunt Hassana's.

Aunt Hassana burst into her room despite protests from the others.

Hassana was worried about her niece whom she had not heard from for more than two months.

Her friend, the midwife had asked after her and so she brought her along when she heard Hauwa had returned home.

Softening her gaze when she saw her niece, she asked, “Hauwa, how are you”?

“Why haven’t I seen you for the past two months and you refused all my calls”?

“I was told I had pressure by your nurse friend, and I decided that perhaps staying in the village would help”, Hauwa answered.

She remembered that her twin, Hauwa's mother had died a week after giving birth to Hauwa nineteen (19) years ago.

She, Hassana had only understood that it was due to complications from blood pressure in pregnancy when she faced the same symptoms years later herself.

Thankful she had brought the midwife, she ushered her in as she gently scolded her niece telling her that excuse was not a good enough reason and that she should let the midwife check on her.

“Hauwa your blood pressure is higher than before".

"We will need to go the Clinic to do some further tests”.

Lying in the comfort of her father’s house gave Hauwa the courage she had not had before.

So she asked, “Madam Amina why do I have pressure?"

"Is it not an old people’s disease”?

Putting her sphygmomanometer away and facing her young patient, the midwife replied:

“Hypertension, which is what you called pressure could appear in pregnancy".

"It is not just an old people’s disease. There are many things that put a man or woman at risk of developing hypertension."

"In women, the causes can include becoming pregnant before the age of twenty years or after the age of forty years; and carrying a multiple pregnancy - that is; more than one baby".

"There are other causes, too - if it is the first pregnancy, having a relative who also had the disease; or women who had high blood pressure or kidney disease before getting pregnant”.

Hauwa realized that perhaps she really would have developed the disease after all with or without going against her husband’s wishes.

Looking up she asked, “is there a way I could prevent it from getting worse”?

“Yes. You could take medications that would help you reduce your blood pressure and decrease the likelihood of getting worse”, the midwife replied.

Aunty Hassana who had been sitting quietly in the corner spoke up: “Hauwa, your mother died from complications of this disease. Don’t let your children lose you too. You can manage it”.

AskAwayHealth Medical Fiction stories are imaginary scenarios based on real medical conditions addressing the complex multiple factors that often present in managing disease. We hope you enjoyed reading this story - please send us an e-mail if you need any further information on this or any other medical condition. 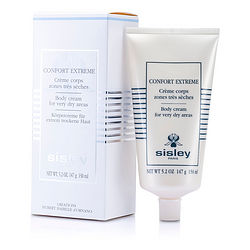